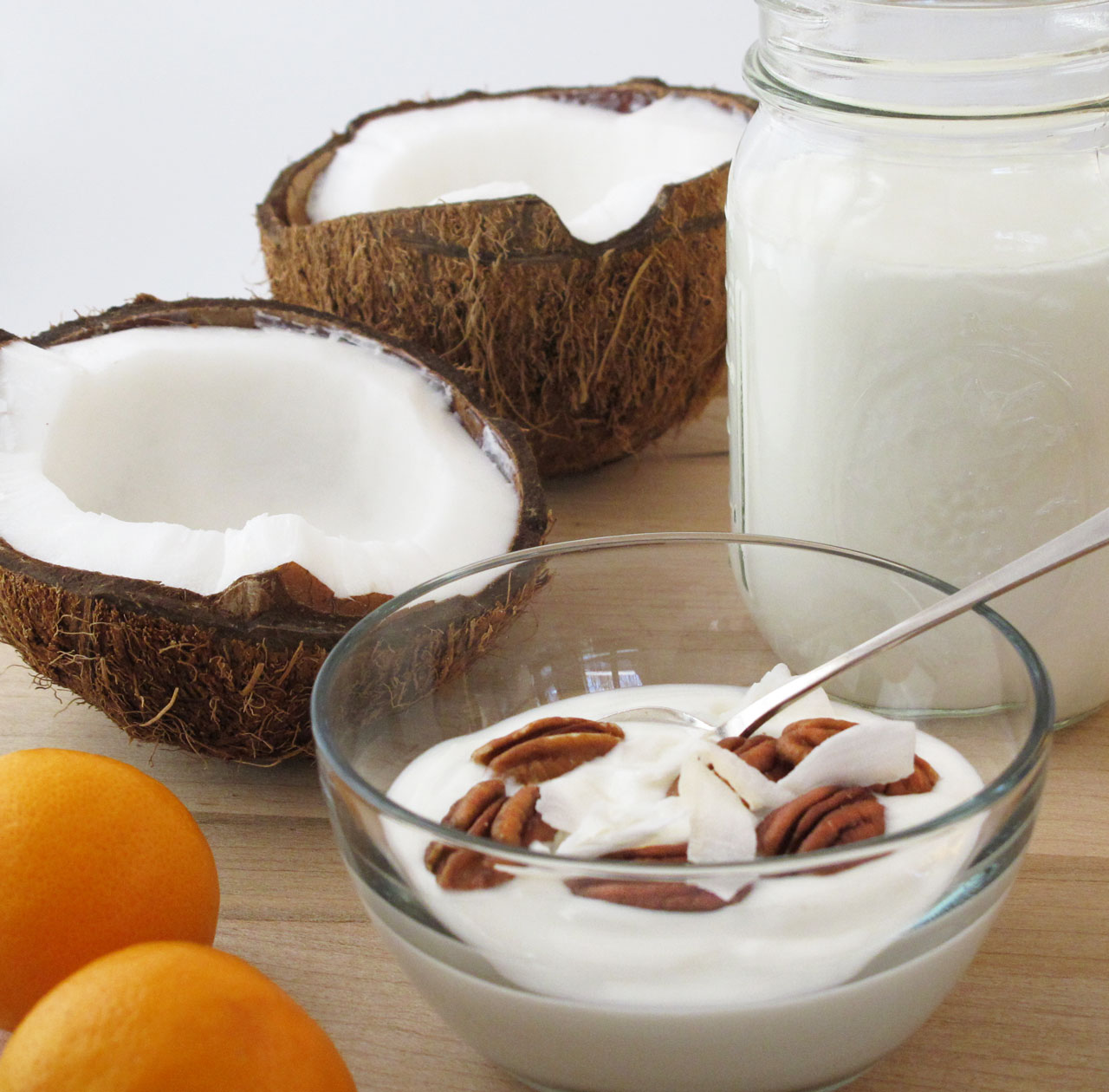 This delicious coconut milk yogurt recipe is a great option for coconut lovers or anyone avoiding traditional dairy.

The sugar and cornstarch in the recipe are necessary to feed the culture in lieu of the dairy sugars (lactose) that yogurt cultures normally consume. The cornstarch also thickens and stabilises the yogurt, which is helpful given the lower protein content of coconut milk compared to cow’s milk. This recipe uses 2 litres of the lowfat coconut milk that is sold in cartons as a drinking milk, plus one can of the richer canned coconut milk to create a balanced, creamy texture with a moderate coconut oil content.

*This can be a coconut milk yogurt with live cultures purchased from the grocery, or live culture dairy yogurt. Alternatively a direct-set vegan yogurt starter can be used according to package directions.

Equipment: Brød & Taylor Proofer, thermometer, glass mason jars or other heat-proof containers with a capacity of one quart / one litre or less. Everything that will touch the milk should be thoroughly clean and dry. 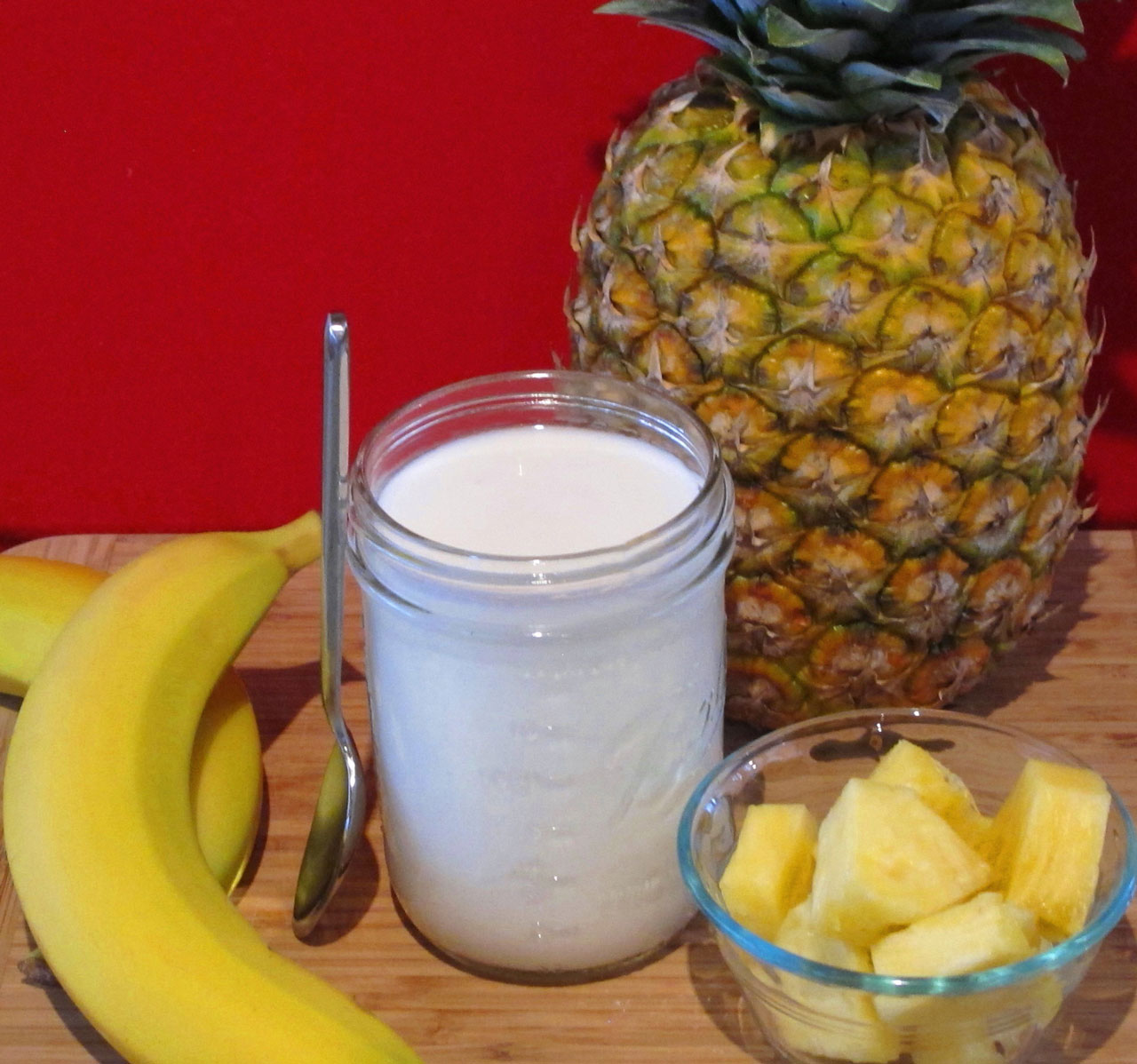 Step One: Bring the Coconut Mixture to a Boil. Mix the canned coconut milk with the sugar, cornstarch and salt and whisk until smooth. Whisk in the half gallon carton of lowfat coconut milk. Using either the microwave or stove top, bring the mixture to a boil, stirring occasionally to distribute the cornstarch and sugar and to prevent scorching. Simmer and stir just until thickened (mixture will still be pourable). Remove from heat and cover to prevent a skin from forming.

Step Two: Cool to 46 ºC. Allow the coconut milk mixture to cool to at least 46 ºC. For faster cooling, place the container in a pan or sink of cold tap water. While the coconut milk is cooling, set up the Proofer with the wire rack in place and the temperature set to 120F / 49C.

Step Three: Add Yogurt. Put the yogurt with live cultures into a small bowl. Gradually stir in enough of the warm coconut milk mixture to liquefy the yogurt and mix until smooth. Then pour the liquefied culture back into the large container of coconut milk mixture and stir gently to distribute. Pour the milk into jars and place in the Proofer. Tip: For proper heat circulation and the most accurate culturing temperature, arrange the jars so that they are not directly over the center of the Proofer. 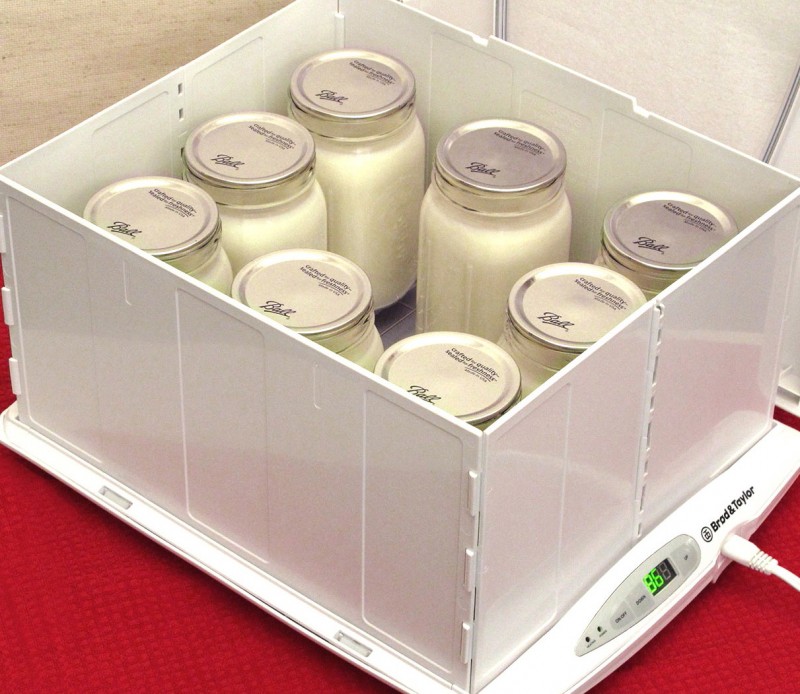 Step Four: Culture at 49 ºC for an Hour, then Lower the Heat to 30 ºC. Set a kitchen timer for one hour, then after that hour turn the Proofer down to 30 ºC. It’s important not to let the yogurt remain at 49 ºC for more than an hour in order to avoid damaging the culture.

Step Five: Check the Yogurt after Three Hours. After one hour at 49 ºC and two more hours at 30 ºC, check the yogurt by gently tilting a jar to the side to see if it has set. Once set, the yogurt can be removed or, for more flavour, allowed to culture longer. When the yogurt is ready, put it into the refrigerator and allow it to chill thoroughly. Be sure to reserve enough yogurt to start your next batch.